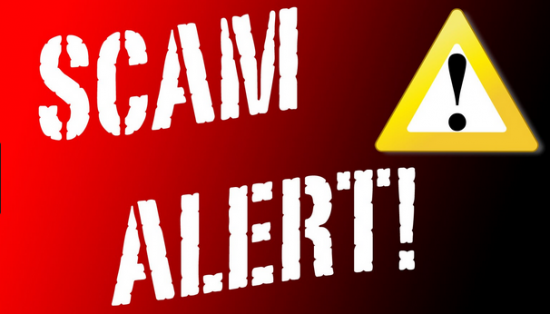 It is no secret that scammers have though about every way they can steal from their victims. Unfortunately, they will pose as individuals that who you’re suppose to trust. According to a public service announcement posted by the FBI in late March, tech support scams have reached an all time high.

Microsoft also released a statement with data showing that 24% more people fall victim to digital scams than they did the previous year (2017). Because the report included that this problem took place in 182 countries, it is clear that tech support scams are a global issue.

Not all tech support companies should be labeled as scams. My Computer Works are the good guys!

If you do your research, you’ll be able to avoid most of these scammers that pose as tech support for companies like Microsoft. They really just want to get your money.

This new update from the FBI and Microsoft is so important for the public to be aware of because it shows the importance of finding, and holding on to a great tech support company!

Because these numbers were reported by Microsoft, there is no telling exactly how big this problem is. Scammers target all kinds of users, platforms, brands and software. The criminals pose as security, technical, and customer support representatives that aim to “fix” a “problem” for you. (If there is a real problem, chances are they gave it to you in the first place).

They don’t limit their attacks to Microsoft customers, they have posed as AT&T, T-Mobile, Comcast, Cox Cable, Adobe, Facebook, and other big names in the computer, technology, and online markets.

Imagine having access to hundreds of individual’s wallets. This is what the scammers gain when successfully committing this crime. Because the profit is so huge, the scams are becoming harder for victims to avoid due to the amount of time criminals put in to prefect their heist.

Ways This Could Happen To You

Pop-Up Messages: Any pop-up that shows up on your computer, call My Computer Works right away! Do not click on it, ever! These messages will pop up on your computers desktop claiming to be a virus alert. The pop-up will tell you to either click on a link, or call a specific number. Sometimes, these will include a loud recorded message as well. The link could lead to an actual virus, and/or the number will connect you to the scammers. 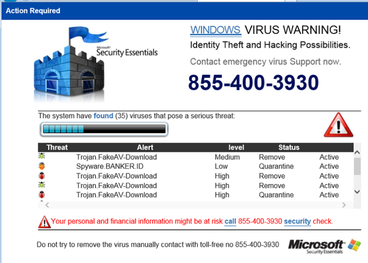 Telephone: Usually, you will receive an unsolicited phone call claiming your computer us infected with some sort of vicious malware. To get you to react they will urge the victim to act quickly. These callers are reported to have a strong foreign accents.

Advertising on Search Engines: Believe it or not, tech support scams will advertise themselves on search engines. Obviously, the advertisement will look like a legit company in hopes their victims will be drawn in. Criminals will pay to have their link show up higher on internet search pages. DO YOUR RESEARCH. Reviews, websites, referrals, Better Business Bureau ratings, and more will all be available if the company is legit.

Lock Screen: The device will show a locked screen, forcing the individual to contact the number posted. Others have also reported they are directed to specific websites before they can get the lock screen removed. Either you call the number and have to pay to have the lock screen removed, or the websites you were directed to installs a virus on your PC.

You came to the right place. My Computer Works can be found all over the web. We have thousands of reviews from our customers and are even rated A+ on the Better Business Bureau!

These are just some quick explanations for the ways these criminals gain access to your computer and your personal information. To learn more about what vicious software check out these articles!

Online Dating Scams To Look Out For

The Difference Between Viruses, Worms, Trojans, And Malware