Malware On Your Phone? You Bet. 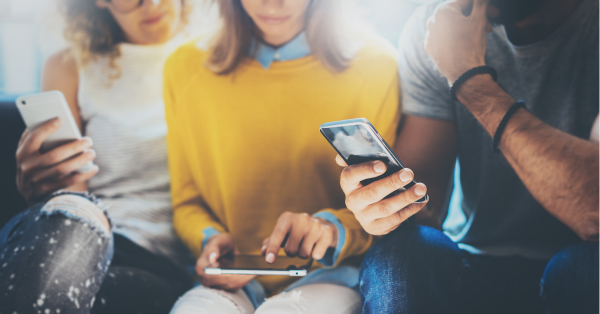 Today’s cellphones have certainly evolved from our late-80s, first look at mobile phones: those brick-sized units used strictly to make and receive phone calls. What was once an incredible luxury, a sizable accessory and a great expense are now commonplace.

Almost everyone, 97% of Americans to be exact, own a cellphone of some kind, according to the Pew Research Center. Within that group, 85% own a smartphone — up from just 35% in 2011. What do those statistics mean?

They mean most of us are carrying around pocket-sized computers. And since computers are vulnerable to malware, the smartphone inside your pocket is, too.

According to a 2022 Global Mobile Threat Report, produced by Zimperium, 75% of phishing sites specifically target mobile devices. In addition, more than 2 million malware samples were detected “in the wild” in 2021, and nearly a quarter of all mobile devices worldwide encountered malicious applications.

Most often, malware is intended to hack into and share personal information and infect a user’s network without the user’s knowledge. So, to avoid a threat, it’s best to understand where it might be encountered. And, if you do unwittingly encounter one, it’s best to know how to detect it.

Malware can infect smartphones through a number of avenues, including through downloads of malicious or “pirated” apps, through security vulnerabilities found in outdated operating systems, by opening suspicious emails, by using unsecured and public networks, and through phishing scams that utilize voicemail or text messaging.

While secured operating systems are sophisticated enough to catch and flag incoming texts or emails as spam, it’s still possible for malware-loaded outreach to get through, so it’s best to remain vigilant.

Should malware successfully breach your security systems and infect your smartphone, there are a few ways to detect the malicious activity. Since malware infections have varying goals, from ads to financial scams to text intercepts, the symptoms of an infection can also vary.

Some of the most common symptoms include:

To avoid malware infection, it’s best to steer clear of suspicious emails, texts, or attachments, just as you would on a computer. Don’t download or open a file unless you’re sure it’s from a trusted source, and even then, it’s not a bad idea to confirm its authenticity with the source if you get a sense that it could be malicious.

Use secure networks, keep your operating system updated, double-check the authenticity of apps before downloading them and practice the same vigilance you do with your desktop or laptop.

Because a smartphone, after all, is just a pocket-sized computer capable of making phone calls.

Contact us to learn more about how our computer experts can offer you ongoing support for any issues you’re experiencing!