Apple Isn’t Listening To Your Conversations; They Say 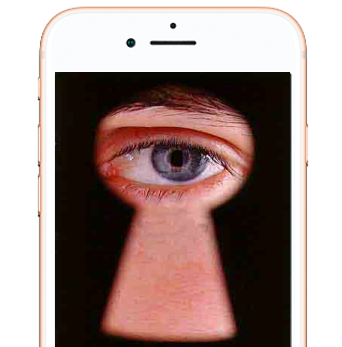 Being spied on through your smartphone has been a societal wide fear since the technology has come out. People believe that every conversation had, on or off the phone, is being monitored. Well, we are here to tell you that Apple says they are not listening to your conversations.

Members of the House Energy and Commerce Committee asked Apple for answers regarding privacy issues with their devices. Supposedly the devices are able to collect data on individuals while listening for “trigger words”. Trigger words are the things you say out loud to your tech, like : “OK Google”, “Hey, Alexa”, and “Hey, Siri”. Apple denies that they eavesdrop on any other conversation being had by the user. They say the mics on these devices are never used for anything other than to pick up on trigger words. The reason for his concern is due to the high relevance in advertisements. Most wonder how third-party apps can create such specific advertisements to each user.

This same issue was brought up to the chief of Facebook, Mark Zuckerberg, back in April for Facebook’s congressional hearing. Zuckerberg completely denied this being a possibility and labeled it as a conspiracy theory. Apple responded in similar fashion stating that their devices do not listen through their mics to obtain details in order to target individuals profiles for specific advertisements.

When a user says “Hey, Siri”, the phone will wake up and confirm whether or not the individual meant to summon it with a noise. Not only that, but any thing asked to Siri is not attached to a specific Apple ID. If this feature is not wanted, the user has the ability to switch it on and off in their iPhone settings.

Along with the denial of eavesdropping, Apple also touches on the way a user’s location in monitored. They do not keep track of location data and cannot deliver advertisements based on this because it this feature is not associated with a name or their Apple ID. This feature also has a option to be turned on and off. However, when third-party apps are downloaded, the user has to grant location information by selecting “always”, “never”, or “while using it”. Basically, Apple cannot be held accountable for anything those developers do with your information.

Hopefully here is truth to the statement that Apple has released and they are, in fact, not listening to your conversations. As for the perfectly timed and targeted ads to you via third-party apps, we cannot be sure of. Just know that there are many ways to beef up privacy settings on other platforms.

My Computer Works can navigate you through your phone and computer to show all the ways you’re able to better their security and privacy.